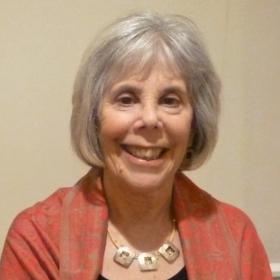 This lecture takes up the question of what a social psychoanalysis might look like in the clinic, in our psychoanalytic institutions, and in our society. Drawing on some earlier psychoanalysts’ concepts that have connected the social world and the psychic world, I introduce the concept of normative unconscious processes, which addresses the ways that racism, heterosexism, classism and other social inequalities are unconsciously replicated in the clinic. The talk then explores how therapists can resist unconsciously replicating such cultural inequalities. We will then look outside the clinic at how cultural inequalities manifest in the wider circles of contemporary institutional and sociocultural life. Here, too, we will explore how we, as citizens and therapists, both unconsciously replicate and can resist replicating harmful, unequal relations. We will think together about how to address the places in our different subjective and communal worlds where harm has been done, and engage together on how to make repair.

Lynne Layton, PhD, is a psychoanalyst and assistant clinical professor of Psychology, part-time, Harvard Medical School. Holding a PhD in psychology as well as comparative literature, she has taught courses on gender, popular culture and on culture and psychoanalysis for Harvard’s Committee on Degrees in Women’s Studies and Committee on Degrees in Social Studies. Currently, she teaches and supervises at the Massachusetts Institute for Psychoanalysis.

She is the author of Who’s That Girl? Who’s That Boy? Clinical Practice Meets Postmodern Gender Theory (Routledge, 2004), co-editor, with Barbara Schapiro, of Narcissism and the Text: Studies in Literature and the Psychology of Self (NYU Press, 1986); co-editor, with Susan Fairfield and Carolyn Stack, of Bringing the Plague. Toward a Postmodern Psychoanalysis (Other Press, 2002), and co-editor, with Nancy Caro Hollander and Susan Gutwill of Psychoanalysis, Class and Politics: Encounters in the Clinical Setting (Routledge, 2006). She is co-editor of the journal Psychoanalysis, Culture & Society, associate editor of Studies in Gender and Sexuality, and co-founder of the Boston Psychosocial Work Group.

Austen Riggs Center Inc. confirms that Lynne Layton, PhD, nor anyone involved in the planning of the CME event, has disclosed a potential conflict of interest.